I would like to extend heap pages to be exactly 16KiB. Currently, struct heap_page_body is 16KiB - (sizeof(size_t) * 5).

Before I list the reasons I want to change, there are two important facts I want to list. First, OS pages are 4KiB on platforms I tested (macOS, Ubuntu, Windows). Second, when the GC allocates pages, it first allocates struct heap_page_body immediately followed by struct heap_page:

I want to make this change for a few reasons:

I tested this patch on an Ubuntu machine with jemalloc and glibc. Here is my system information:

To test memory usage, I used this tool: https://github.com/bpowers/mstat

mstat is a sampling profiler that will report memory usage over time. I generated RDoc for Ruby and took samples while documentation was generated. Here is the Ruby command I used:

I made 50 samples for each allocator and branch like this:

Here is a comparison of glibc over time (lower is better): 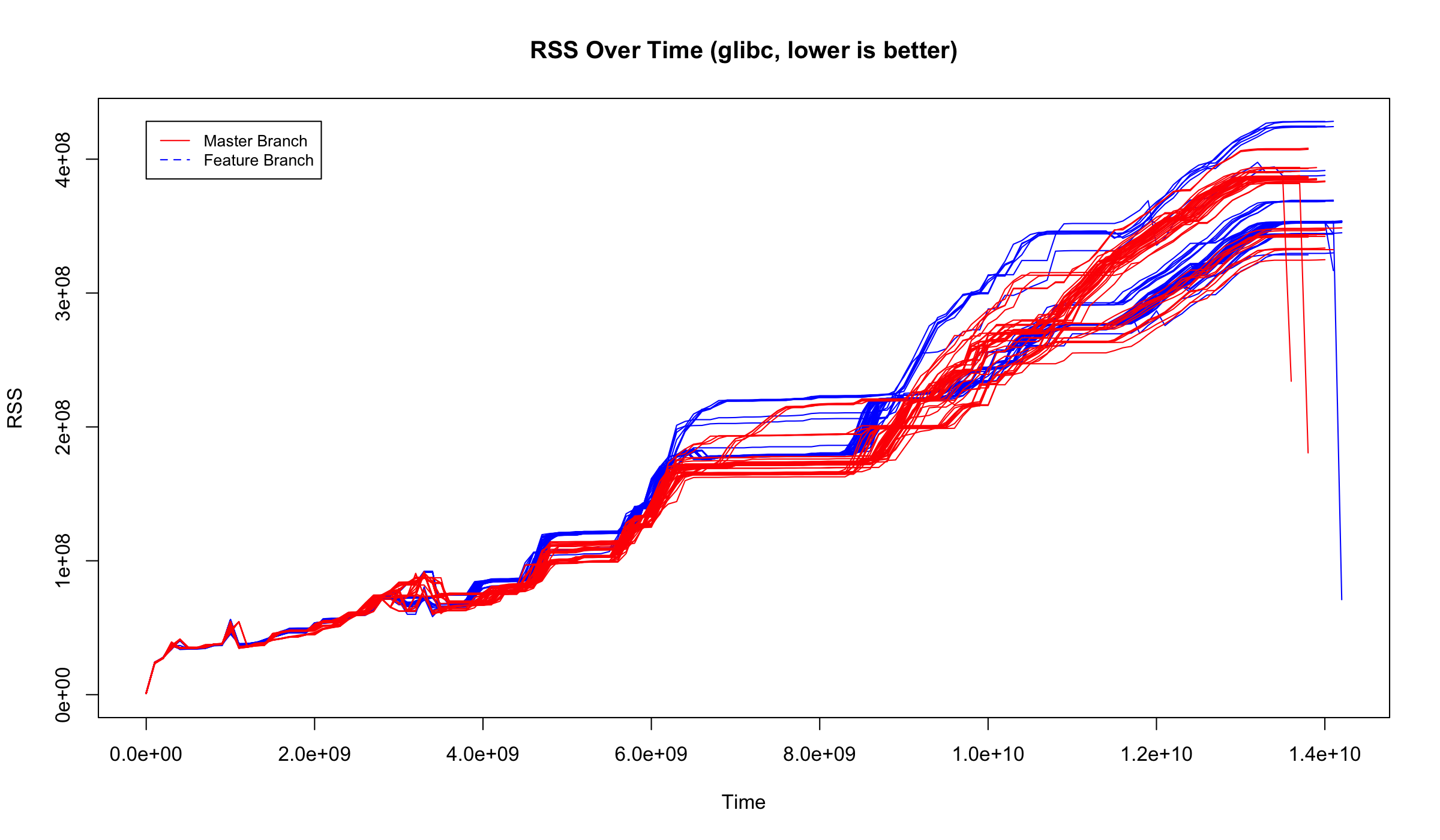 From this graph it looks like glibc is mostly the same, but sometimes lower. It looks like there are some outlier samples that go higher. I made a box plot to compare maximum RSS: 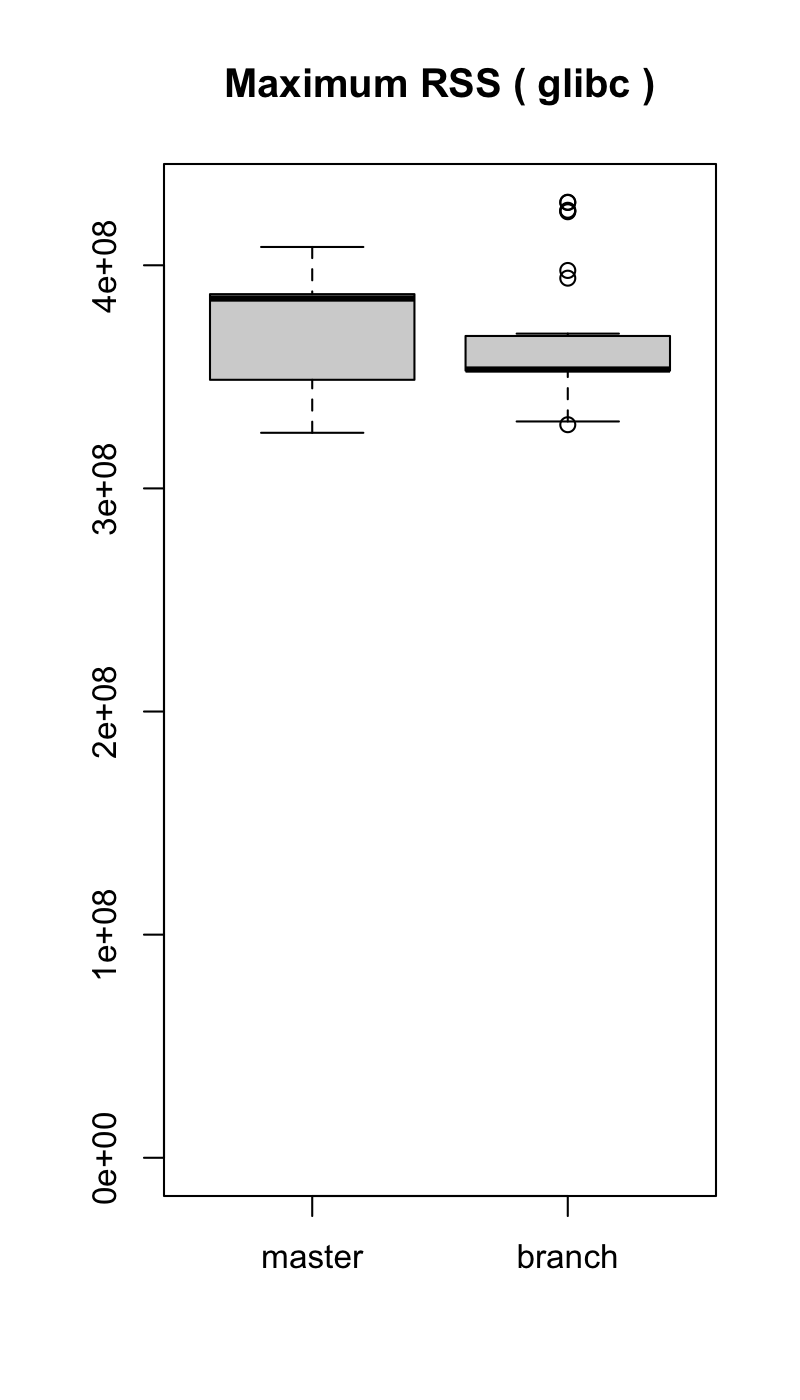 The box plot shows the max RSS is usually lower with some outliers that are higher.

Here is a comparison of jemalloc over time (lower is better): 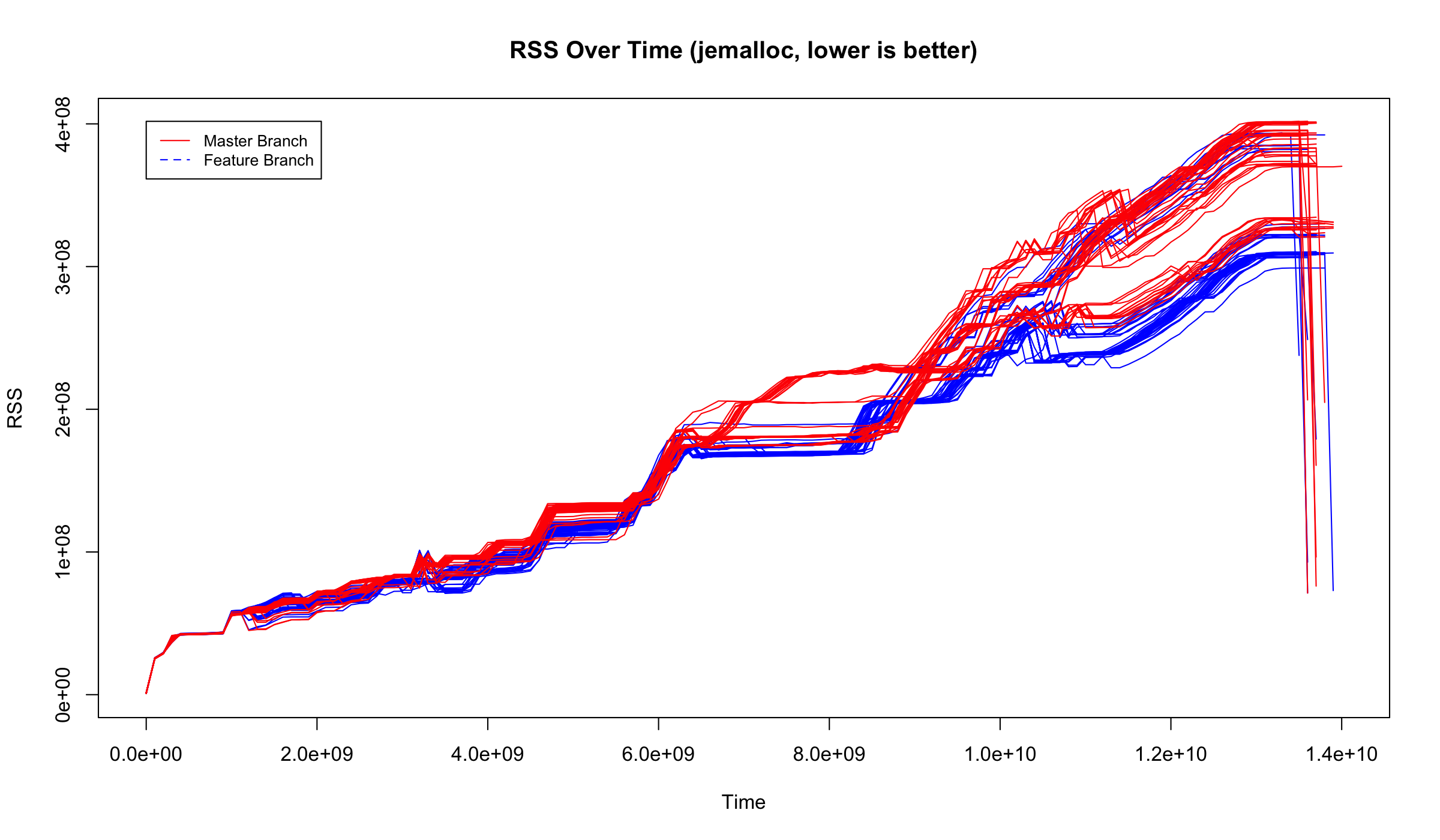 According to this graph jemalloc is usually lower. I made another box plot to compare maximum RSS on jemalloc: 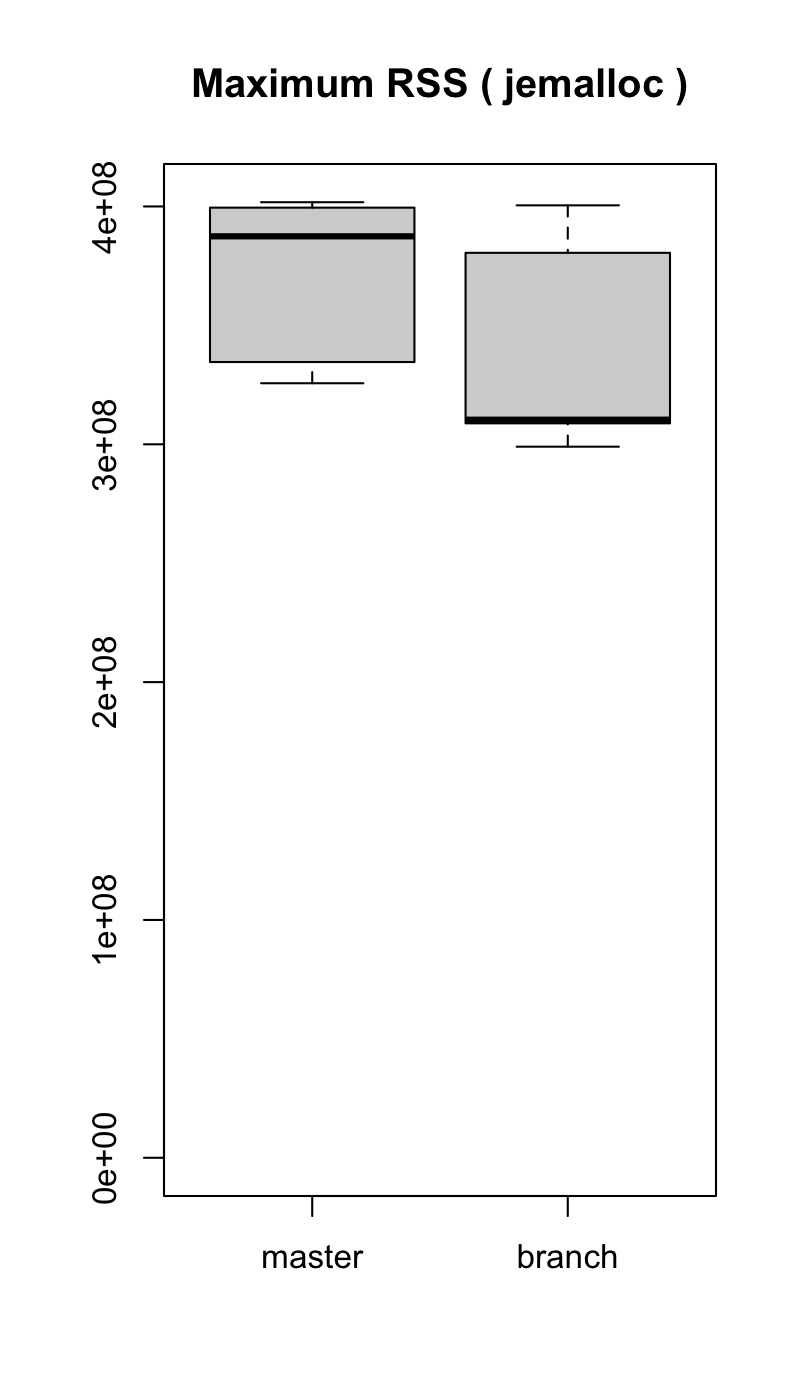 The box plot shows that max RSS is typically lower on jemalloc.

I didn't find a good way to measure CoW performance, but I don't think this patch would possibly degrade it.

I would like to merge this patch because there are a few good points (ability to use mprotect, memory savings, possible CoW improvements), and I can't find any downsides.

Thanks John Hawthorn for helping me get the math right on the "end pointer" part.

Updated by headius (Charles Nutter) about 1 month ago

I chatted with tenderlovemaking (Aaron Patterson) a bit about this.

I did some research as well and my reading of this "extra" metadata from malloc seems to indicate that you really should not assumptions about it being in a specific place, or a specific size, or on a specific page. It is a malloc-internal detail, and presumably a good implementation would not dirty a whole new page just to do this bookkeeping. Let malloc do malloc.

It seems clear from this issue that at least one of these assumptions (where the metadata goes) is not always correct. To me, that's as bad as never being correct.

tenderlovemaking (Aaron Patterson) had already discovered this when I made the same suggestion based on my independent research, and we both came to the same conclusion. I think this is the right change to make.

Updated by ko1 (Koichi Sasada) about 1 month ago

Thank you for your survey. Seems fine!

Updated by tenderlovemaking (Aaron Patterson) about 1 month ago

Thanks, I committed it.