Added by eightbitraptor (Matthew Valentine-House) over 1 year ago. Updated about 1 year ago.

RVALUE is fixed width (40 bytes), some of which is used for accounting information and the remainder being used for storage of the object data (e.g. string contents). If the data required is larger than the available space inside the RVALUE, memory is allocated outside of the GC heap using malloc and a pointer to the malloc’d region is stored inside the RVALUE instead.

We intend to remove this extra memory allocation in favour of storing the extra data in a contiguous region of slots in the heap that are adjacent to the original RVALUE.

The proposed memory layout changes in this feature branch can be seen in the following diagrams.

New layout (feature branch - with extra data being stored adjacent to it's owner in the GC heap):

This branch is the minimum viable implementation required to test our hypothesis. We introduce an API to allocate regions that are multiple slots wide in the heap and we implement this API for objects of type T_CLASS so that the rb_classext_t struct is stored in the heap alongside its owning RVALUE.

There are many things left to implement and some large things to fix. All of which will be addressed in future work, which we're working on at Shopify.

We believe this feature is useful enough that we'd like to merge this PR. We would like feedback from the Core team and the community.

Merging this feature will also allow us to continue working without maintaining a long lived fork of Ruby.

There will be no negative effects of merging this PR as all functionality is disabled by default.

How to enable this feature¶

This feature must be enabled at compile time with the flag USE_RVARGC. E.g.

We ran the following snippet to generate a heap dump and then used a separate script to visualise it.

In the following output each 2x2 pixel region represents a single slot in a heap page. Heap pages are organised vertically and from low to high memory address.

So we can see that every T_CLASS is now followed by 3 T_PAYLOAD objects - this is because sizeof(rb_classext_t) == 104 and the space available in 3 T_PAYLOAD slots is 112 (we require 8 bytes for bookkeeping).

We prepared a simple micro-benchmark in order to measure the speed of ivar access and method calls, as references to the method table and the ivar table are stored inside rb_classext_struct, which is always allocated on the malloc heap.

This graph shows the mean of our results combined with the standard error range for each set of samples. 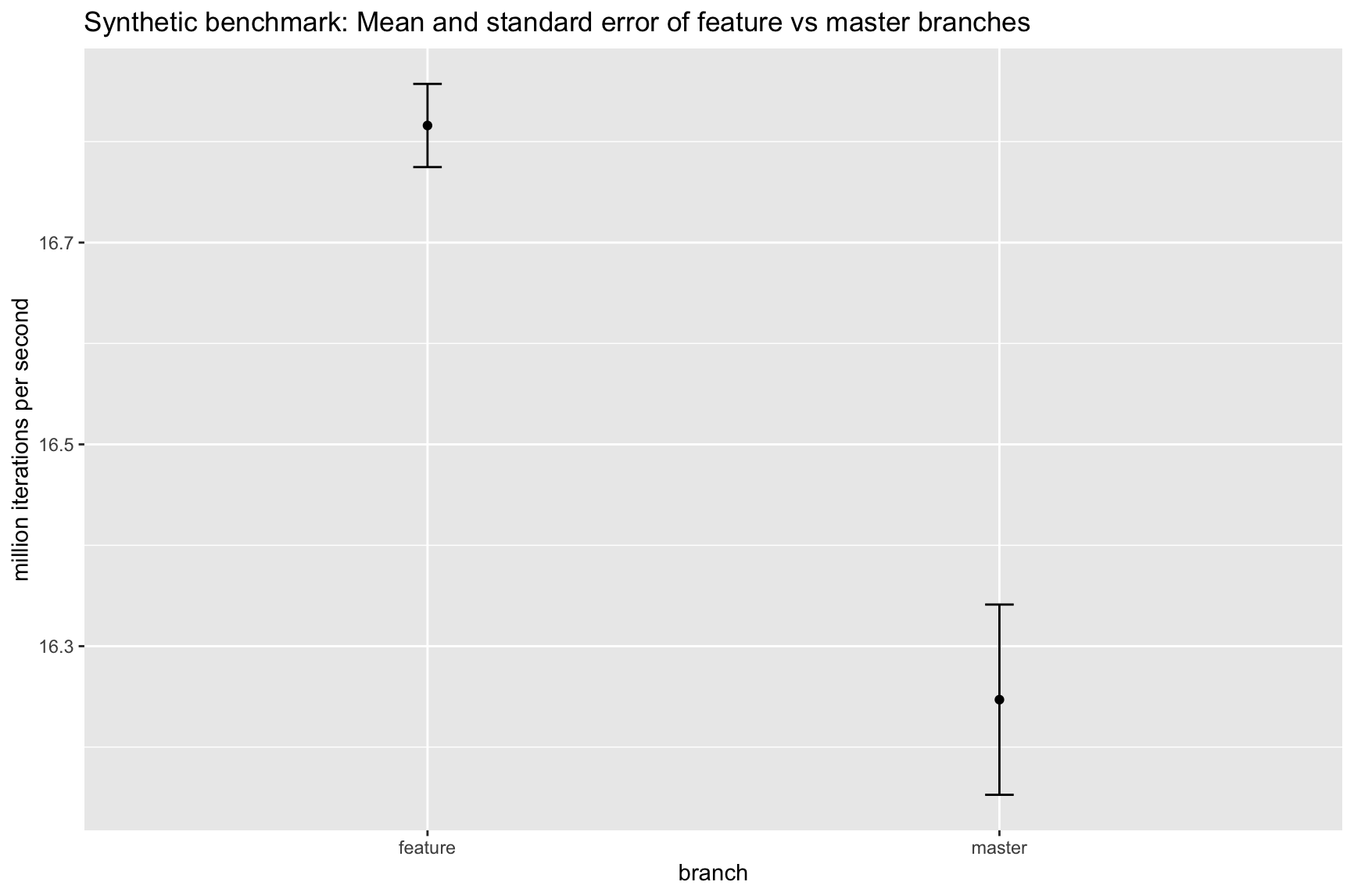 We also ran the optcarrot benchmark on each branch and the results were as follows: 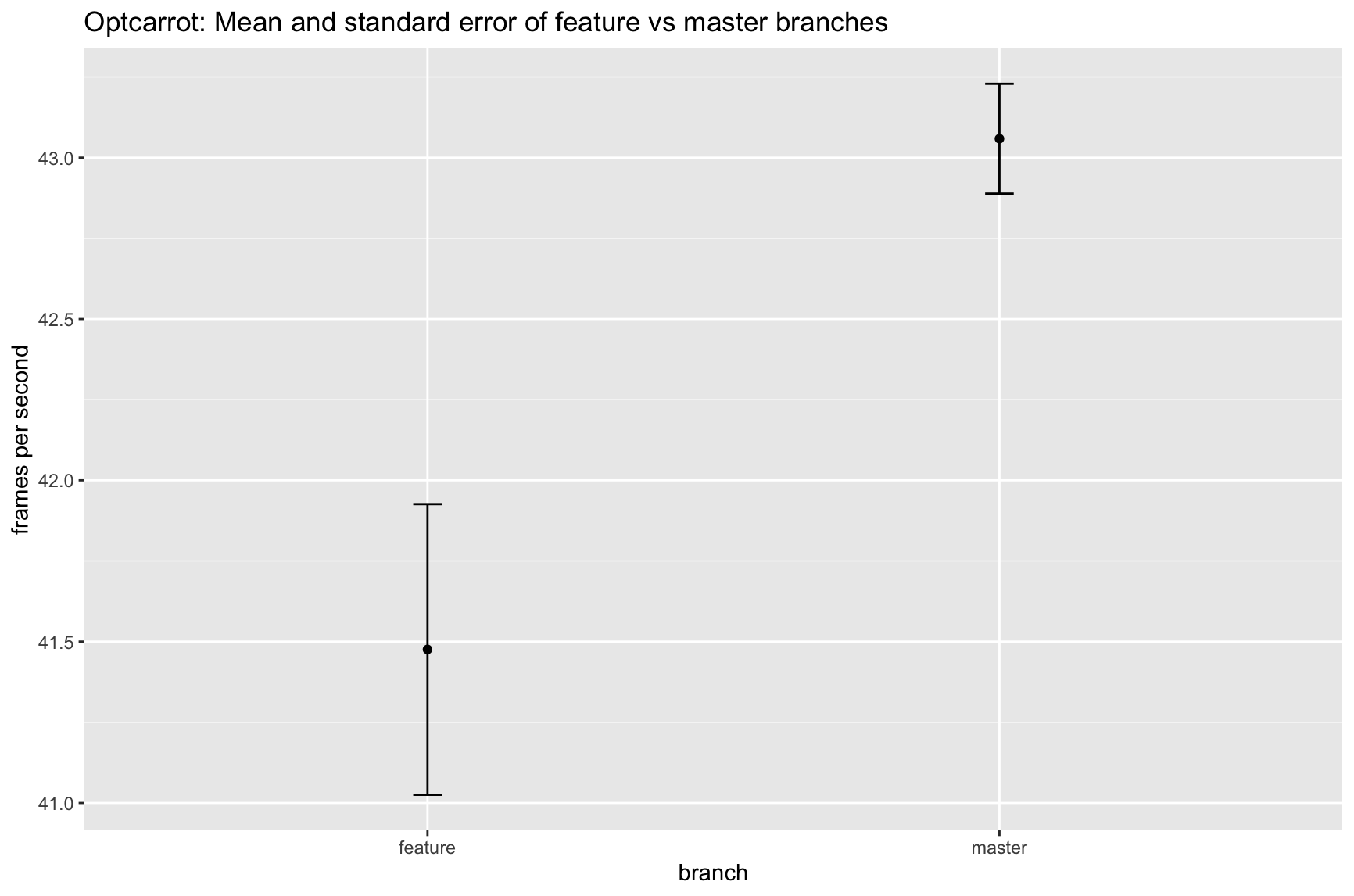 This shows a that our branch is ~4% slower than master (with the branch upper vs master lower standard error difference being ~2%).

Raw benchmark numbers and the script used for generating these charts is in this gist.

Updated by nobu (Nobuyoshi Nakada) over 1 year ago

Thank you for the great work.

Thank you for the great work.

Thank you for taking the time to look.

We're definitely aware that the impact to Compaction and incremental marking are major drawbacks. We will address those as a future part of this work. We pushed this knowing about the drawbacks so that we could make other developers aware of our intention and get some feedback on the idea.

This has been superseded by the work in this ticket.

Updated by peterzhu2118 (Peter Zhu) about 1 year ago