Optional block argument for `itself`

That's an another attempt to choose good metaphor for object.(yield self) (previously: #6721 and ton of duplicates).

Clearly this is something the Ruby community wants. Just as clearly, it's something nobody can name.

But suddenly... I've thought about this!

Updated by phluid61 (Matthew Kerwin) over 6 years ago

Sounds familiar, if only someone had submitted a patch or written a gem ;)

But yes, once again, I'm +1 for this proposal. Lots of people have objections, though, as you can see particularly in #10095 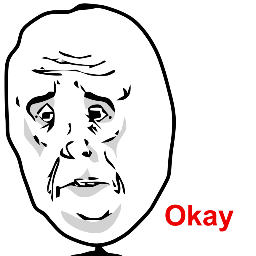 OK, I did not my homework really well this time.
But, to be completely honest, I'm fascinated by how this simple, easy to implement and useful functionality have drowned for ages in "better-name-ever" discussions.

Updated by shevegen (Robert A. Heiler) over 6 years ago

You just have to look at various rubygems that have a very strange name.

Animal names for instance - a webserver called puma? unicorn as a HTTP server
for Rack applications?

I can give you another example too, look at some years ago the "File.exist?"
versus "File.exists?" when both was made available as alias after some people
spoke to matz. I personally don't care much either way since I understand
both points. In "correct" pseudo-english grammar, we can say "does this
file exist?" and "file exists?", but I remember an explanation by apeiros
on IRC once that this would not be the right question asked according to
matz. The question would instead be "object, do you exist?" or "object,
do you contain xyz?". It may be a subtle and minor difference but it sort
of also taps into the philosophy of ruby.

People need or should be vaguely comfortable with syntax. Take the lambda
stabby operator, I can not overcome my mental obstacle to use it - it just
does not "feel right" in my own code. Lots of other people make use of it,
that is fine by me.

Back to the topic of .itself, while I have no strong objection, I struggle
with other method names such as .tap - whenever I read .tap, I actually
think of a certain card game where you have to tap cards. :)

.inject is another odd one, I think of a big nasty syringe (actually my
brain associates it more as name like "sum of", because that is what I
use .inject most regularly like "array.inject(0){|sum,x| sum + x }"
although I suppose there may be another way these days to get the sum
of all integer/float products of an array).

In conclusion, I think you have to expect a certain resistance in particular
for syntax. Best thing is to try to convince matz. And if it won't
work within ruby 2.x and neither towards the path towards ruby 3.x
and beyond, perhaps it works for ruby 4.x :)

(Actually, perhaps the DSL aspect of ruby could be extended one day
to allow sub-languages of ruby a bit like lisp dialects... but let's
not get too crazy here.)

I can understand your point, but sometimes struggle for excellence should just stop to do the real work.

Concept of .yield_self (or whatever we name it) method seems like a huge game-changer to me in a challenge of cleaner and idiomatic code. Yes, it's like Elixir's |> operator, but it could be introduced in no effort at all.

Does nobody can see it?
I don't think so, considering how often the question is raised. Four 4 years now (and it is only proposals that are found in tracker)!

OK, let's summarize EVERYTHING that was proposed (and doubted) so far:

My favourite is, obviously, itself, "reading" reasoning could be found above:

But, to be honest, it is not the point. Point is we need it, whatever it is called. And except for "new operator" approach, and versions that will confuse parser (self, yield and do), it is really easy to implement after the name was selected.

Updated by duerst (Martin Dürst) over 6 years ago

FYI we looked at this issue at developer meeting today. Because matz was not there this extension still has chance, but the attendees thought itself's block (if any) shall work like how tap works. So it might not be suitable for the requested functionality.

Thanks for the update! Haven't you discussed the probable another name for it?.. We just want it to be in language already.

Updated by knu (Akinori MUSHA) about 6 years ago

What about giving it an obvious name like yield_self and making a syntax sugar object.{|x| ... } for calling it like we do in Proc#call?

Updated by matz (Yukihiro Matsumoto) about 6 years ago

Well, I should say yield_self is not very readable in context (it raises question which is "self" in that context?):

But I'd rather prefer to finally have this method in core language, whatever it will be named :)

Updated by nobu (Nobuyoshi Nakada) about 6 years ago

Hello.
Is there any movement?

how about alter?
at dev meeting, someone said reform.

I believe the situation should be addressed just by somebody's authority.

What do you think about appointing the name selection for next core dev meeting? You can just take a list that gathered in current ticket and do some voting or something.

I don't think it is an acceptable situation when really useful method is not introduced for 4 years since first proposal (if it haven't proposed before, which I am not sure) just because nobody wants to choose the name.

TBH, for me open('http://some.url').read.itself(&JSON.method(:parse)) still looks like a cleanest solution possible, yet I'd just prefer to see this method in core, with whatever name.

If Matz is OK with yield_self, let it be yield_self.

Updated by nobu (Nobuyoshi Nakada) over 5 years ago