Added by eightbitraptor (Matthew Valentine-House) almost 2 years ago. Updated over 1 year ago. 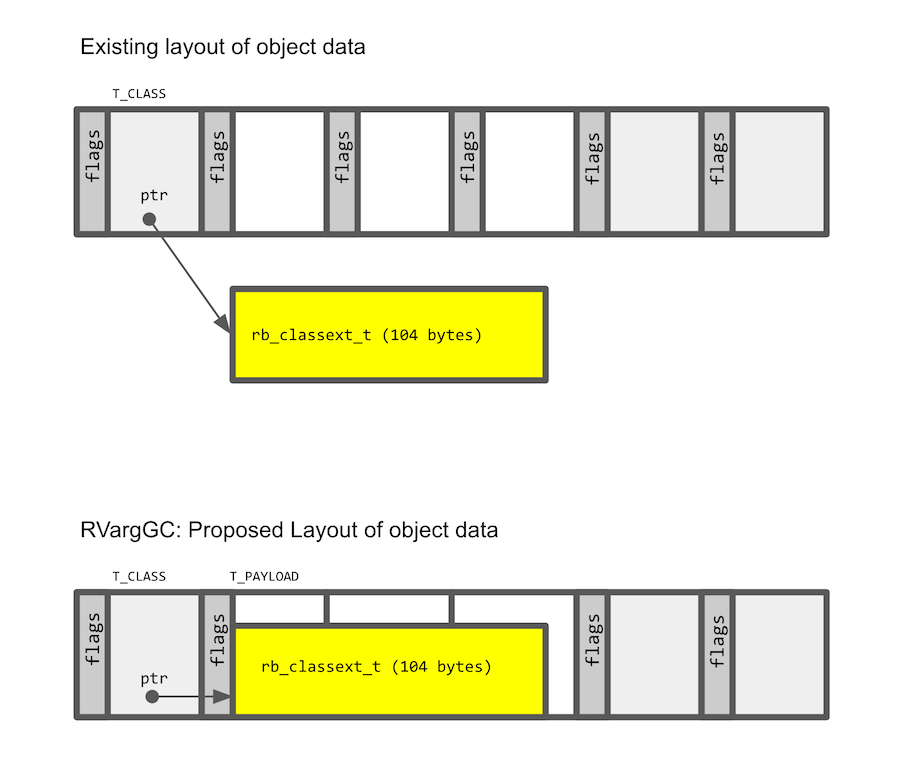 This is a feature @eightbitraptor (Matthew Valentine-House), @tenderlovemaking (Aaron Patterson), and I have been working on. We're hoping to add this feature incrementally in small commits. As said in the ticket description, we don't expect anyone to use or maintain this feature while we're working on it.

Thanks @shyouhei (Shyouhei Urabe) I'll read through that ticked and the associated patch.

Is it ok if we commit this behind a compiler flag? I think it would help push development forward. If it doesn't work out, we can revert. @ko1 (Koichi Sasada) any thoughts?

I read the patch this weekend. LGTM so far. But I want another +1 from someone else (hopefully from @ko1 (Koichi Sasada))

Updated by peterzhu2118 (Peter Zhu) over 1 year ago

Updated by duerst (Martin Dürst) over 1 year ago